These are all watches updated to Wear OS 3

Robert L. Thomas August 17, 2021 fossil watches Comments Off on These are all watches updated to Wear OS 3 17 Views 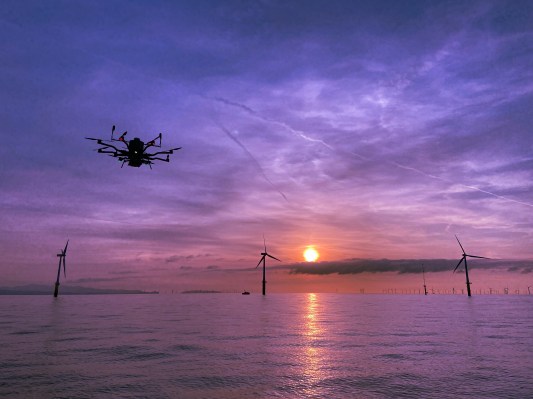 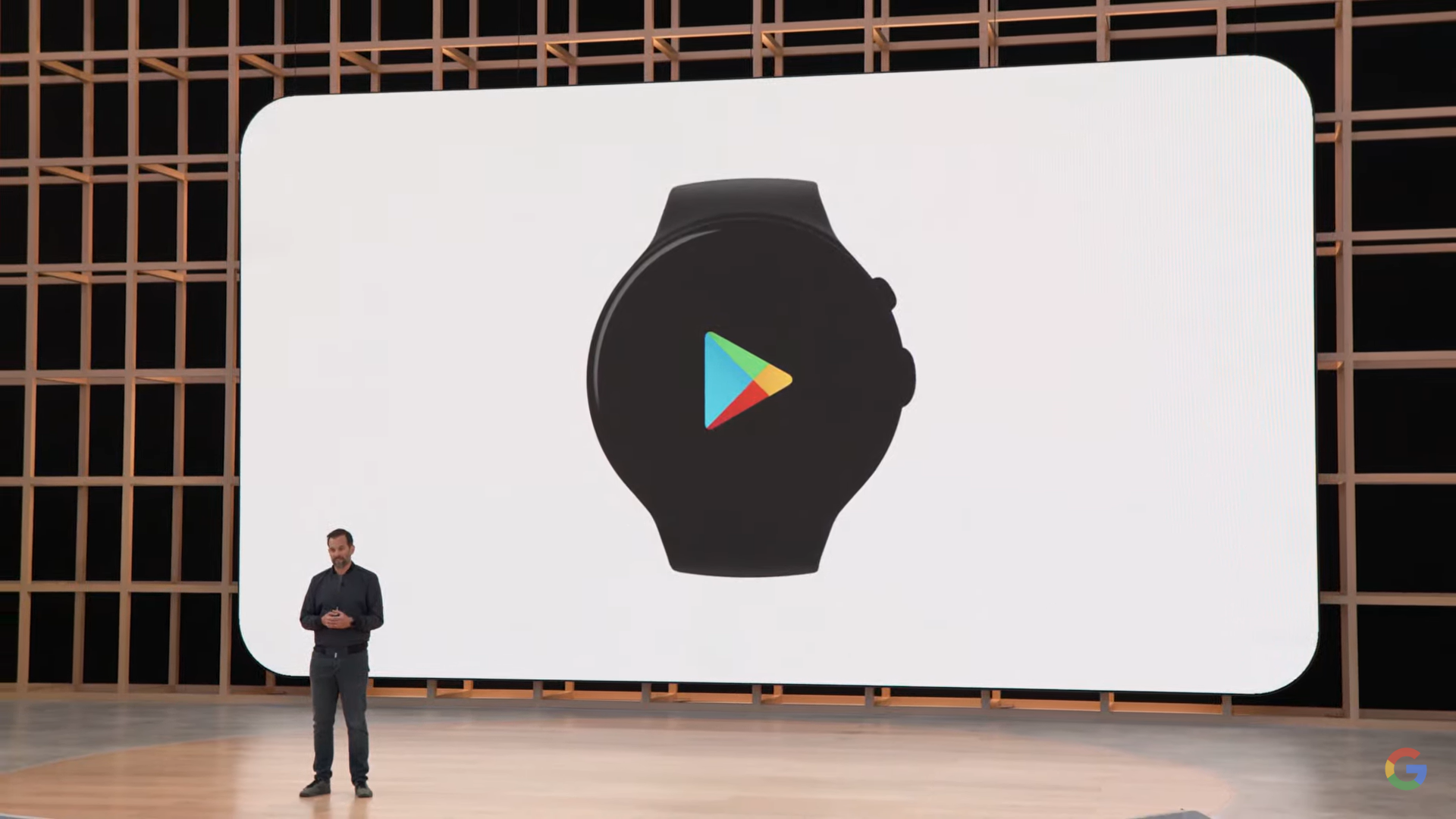 When we first learned that Google and Samsung were merging to create Wear OS 3, the announcement was met with great enthusiasm. Unfortunately, this excitement was quickly followed by a lot of unanswered questions and confusion. Since many of the best Android smartwatches rely on Wear OS, we’ve all wondered which devices would update to the new platform.

The only smartwatches currently running on Wear OS 3 are the Galaxy Watch 4 and the Galaxy Watch 4 Classic. Needless to say, Samsung has the upper hand in the wearable market for the foreseeable future, especially if you’re aiming for a watch with Wear OS 3. The new Galaxy Watch 4 models are the first devices to run Wear OS 3. It might not be the best example of what to expect from the platform. After all, it is first and foremost a Samsung smartwatch. Previous Galaxy Watch users should know that the new models are not much different from the previous models.

One of the main differences that Tizen users will notice is the presence of preloaded Google apps.

Of course, you can do whatever customizations are needed to make your watch look and act like a Wear OS watch if that’s what you prefer, but Samsung is still at the heart of these wearables. As you might have guessed, one of the main differences that Tizen users will notice is the presence of preloaded Google apps.

Some examples include Google Maps, Messages by Google, Google Pay, and YouTube Music. While Google Assistant isn’t available at launch, the company plans to add it at a later date. Of course, you can still access Samsung Pay and Bixby, from the new Galaxy watches.

Remember that the Samsung Health Monitor app must be installed on your phone if you want to take advantage of many new health features on the Galaxy Watch 4. Unfortunately, this app is only available for download from the Samsung Galaxy Store. , an application store only available on Samsung Galaxy phones. This could be a major red flag for non-Samsung Android phone users.

Additionally, while previous Galaxy Watch models were compatible with iOS, newer models are not. Currently, the Galaxy Watch 4 models do not offer any iOS compatibility, and Samsung has not indicated whether or not that will change in the future. The group of users who can breathe a sigh of relief are those who currently own or are considering purchasing one of the new TicWatch smartwatches. A few lucky models will be eligible for the Wear OS 3 update, but you’ll still have to wait a bit.

New models with the Snapdragon Wear 4100 processor, including the TicWatch Pro 3 and TicWatch E3, will have the option to upgrade to Wear OS 3 in the near future. The earliest possible deployment is expected to take place around mid-2022 or even in the second half of the year. Fortunately, users who purchased these new devices will not be stuck with the old platform indefinitely. Owners of old Mobvoi portable devices will not have the same luck, however. Just as Samsung announced the Galaxy Watch 4 and other new products, Fossil had its own announcement to make. Coming later this year, the new Fossil Gen 6 smartwatches will be released and will (eventually) feature Wear OS 3.

That leaves a very large group to be found: anyone who owns an existing Fossil smartwatch or is considering buying one. If you love the sound of owning a smartwatch with the new Wear OS 3 software, you should think twice before purchasing a current model. It would be wise to wait for the new generation of watches to hit the market. Fossil has made a point of labeling these new models as â€œpremiumâ€ watches, so they probably won’t be cheap.

Who is left behind? If your watch wasn’t mentioned above, it could be one of the many devices left behind. This is particularly disappointing for people who have recently bought their wearable, like the Samsung Galaxy Watch 3, for example. Even if he’s only one year old, he won’t be eligible to get the Wear OS 3 update; in fact, none of the previous Samsung Galaxy Watch models will.

Previous Galaxy Watch models will continue to run Tizen OS and receive updates for a while.

What does this mean for other models? Previous Galaxy Watch models will continue to run Tizen OS and receive updates for a while. Samsung says, â€œFor customers who already own Tizen OS-based Galaxy smartwatches, we continue to provide at least three years of software support after product launch. “

As you can imagine, the length of time you will continue to receive this support depends on when your product is released. Therefore, you’ll want to take a minute to look at the different devices and their respective launch dates so you know exactly when your Galaxy Watch will stop receiving updates.

Another group of users suffering a similar blow are those who own an existing Fossil smartwatch such as the Fossil Gen 5E. While the fate of existing Fossil wearable devices was initially unclear, Google clarified that only Fossil’s new generation of smartwatches will run Wear OS 3.

Anyone who has purchased a Fossil Gen 5E will not be able to upgrade to Wear OS 3.

That said, the timeline isn’t exactly set in stone. Rather than Wear OS 3 being available when the Fossil Gen 6 models launch later this year, the system update is not expected to roll out until the middle of the second half of 2022. Gen 5 and earlier models aren’t so lucky. . For example, anyone who has purchased a Fossil Gen 5E, which is less than a year old, will not have the option to upgrade to Wear OS 3.

It’s also worth noting that users with qualifying devices will be able to decide whether or not they want to update their software. Google has announced plans to provide more details ahead of the update so that users can make an informed decision. With the rollout slated for mid to late 2022, you’ll have plenty of time to learn more about Wear OS 3 and determine if you want the update.

While most people might take this as an obvious decision, it’s worth mentioning that you’ll need to reset your smartwatch to how it was when you first got it. It’s called a factory reset, which means you wipe down your watch and start from scratch.

Not everyone will be willing to perform a factory reset, which is part of the reason why the system upgrade is offered on an optional basis for qualifying devices. Are you going to update your qualifying smartwatch to Wear OS 3?

Since the first wearable device to run Wear OS 3 is a Samsung Watch, it will be a unique experience for everyone. Whether you’re a Wear OS regular looking for something new or you’re new to Tizen, the Samsung Galaxy Watch 4 is your first chance to experience fusion in all its glory. One of the lucky ones

The TicWatch Pro 3 is one of the lucky existing Wear OS watches that will be eligible for the system update. When you combine the new platform with the innovative dual-layer display, built-in GPS, Google Pay, and Google Assistant, you’ll have the ultimate Wear OS experience.

We can earn a commission for purchases using our links. Learn more.

The curved screen of your Google Pixel 6 Pro makes it harder to find a great screen protector, and the on-screen fingerprint threw another key in the works after the phone launched. Here are the best screen protectors you can buy right now – and why all the tempered glass ones were taken out.

Previous Recent opportunities in the surf watch market with growth forecasts by 2027. – The current Manomet
Next The most affordable watches for the office